Tulsa: toadstools on a foggy morning

Warning: If you haven’t read The Chronicles of Narnia, some critical plot elements are revealed here.

For about an hour after finishing the final book in Lewis’s Narnia series, I wanted to call this post “I see dead people” because of the final page of The Last Battle. Lewis’s version of Revelations ties everything up with, SPOILER ALERT, Narnia closing shop for good and Aslan deciding who gets to go “further up and further in”, and who is sent back to the Shadowlands (the real world). Turns out, ANOTHER SPOILER ALERT, there was a train crash and everybody had been dead all along but just needed to work their way to Lewis’s idea of heaven — which is Narnia without the baddies!

Except for poor Susan, left behind because she no longer believed in Narnia (despite Aslan having told the Pevensies and the reader in a previous novel that when the children got too old, they’d no longer return to Narnia because they had to “learn to know Aslan by another name” — an obvious reference to Christ, but also, I think, a suggestion that everyone grows up and leaves childish things like Narnia behind). Susan betrayed, inhabitants of Shadowlands betrayed, reader betrayed.

There’s been lengthy discussion of why Lewis chose to exclude Susan from his happy ending (see this for a Christian take, and the opposite view from Philip Pullman here), but to be honest, I wasn’t thinking about her at all when I closed the last book. I was just plain mad that Lewis had killed off every hero and heroine and sent them to an adventure-free Narnia. What kind of ending is that?

I was re-reading Lewis for the first time in a few decades because I had just finished Grossman’s trilogy that is so clearly inspired by the Narnia books. You don’t need to know the Narnia books to appreciate Grossman’s tale, but reading the two together makes it impossible to ignore the strengths of one and weaknesses of the other.

Let’s start with Grossman’s premise: Quentin is a huge fan of a fantasy series by Christopher Plover, in which children from the Chatwin family travel through a grandfather clock to the magical land of Fillory and become its rulers. So far, so neatly parallel. Readers will find lots of other parallels: sea voyages, doughty swordsmen, talking animals, mysterious islands, terrifying monsters, a varied geography and diverse cultures. 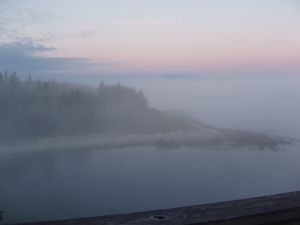 But Grossman’s sidetracks are what make his series a better one. First, imagine learning as an adult that the Chatwins actually existed and Plover’s stories of their Fillorian adventures were based on fact. And you can go there yourself! Even rule the land with your best friends!

Hands up, anyone who wishes you could live in Middle Earth or Earthsea or Camelot or Diagon Alley or any other of the great mythical worlds, not just by immersing yourself in books and wikis and films, but by actually going there (theme parks don’t count). Well, Quentin is among you, and his wish comes true: Fillory takes him in and makes him one of its kings. Adventures ensue, but (and here’s another place where the two series diverge) Quentin and his earthborn cohorts are also magicians, which usually comes in handy when they meet evil.

Another difference is Fillory’s equivalent to Aslan, Lewis’s deus ex leo who always steps in when his protagonists meet a truly dangerous challenge. All a Pevensie needs to do is call for the lion’s help, and they’re saved (with just a few cuts and bruises to show for their effort). In Fillory, however, two enigmatic and unreliable rams, Ember and Umber, set quests for Quentin et al., and then pretty much leave them on their own. Some of the best die on these quests, and others are horribly maimed. A couple just fall off the map. Literally.

About half-way through The Magician’s Land, Quentin points out something I’m sure we’ve all felt:

“I used to think about [what magic is for] a lot …. I mean, it’s not obvious like it is in books. It’s trickier. In books there’s always somebody standing by ready to say hey, the world’s in danger, evil’s on the rise, but if you’re really quick and take the ring and put it in that volcano over there everything will be fine.

“But in real life that guy never turns up. He’s never there. He’s busy handing out advice in the next universe over. In our world no one ever knows what do do, and everyone’s just as clueless and full of crap as everyone else, and you have to figure it all out by yourself. And even after you’ve figured it out and done it, you’ll never know whether you were right or wrong. You’ll never know if you put the ring in the right volcano, or if things might have gone better if you hadn’t. There’s no answers in the back of the book.”

That’s it. That’s what drew me into The Magicians and what makes Narnia so easy to dismiss. Quentin’s world, despite its fantastic and magical elements, is one that seems real to me, just as Earthsea and Middle Earth and even Hogwarts feel real, because life in each is an incomprehensible mess. I have to compare Aslan’s promising an easy quest to Jill Pole, in The Silver Chair, if she follows his instructions, with Galadriel’s lament that she and Celeborn have “fought the long defeat.” There is no long defeat in Lewis’s world, what with “further up and further in” and Narnia 2.0 rewarding everyone, just like a stop at a DQ on the way home from church. Lewis’s plot resolutions are contrived, simplistic, unsatisfying, because he’s committed to sticking with his religious themes. Aslan HAS to save the children each time, because they must learn to leave everything in His hands.

This brings me back to Susan Pevensie, condemned to the Shadowlands because she has come to doubt Narnia’s existence. In Grossman’s world, there’s an equivalent character who denies her trips to Fillory: Fiona, the eldest Chatwin daughter. But Fiona isn’t punished. She simply gets on with her life, despite the disappearance of two siblings (both end up living in Fillory). But Susan loses her entire family because she’s more interested in “nylons and lipstick and invitations”. So, because she’s a shallow teenager, she’s left behind? Seems a bit harsh to me. Yet, I’d choose Susan’s fate over what the rest of her family receive from Lewis’s pen — Susan gets a life.

in no particular order: author, teacher, cyclist, world traveler, single parent. oh, and i read. a lot.
View all posts by Lizzie Ross →
This entry was posted in Adventure, Fantasy, Travel and tagged CS Lewis, Lev Grossman. Bookmark the permalink.

3 Responses to Susan, left behind