Although I’m not a beach person, a 10-second video online sold me on this place in Mexico. Shade was the key. I can sit on a beach all day, if sun is not involved. I had to get up early to grab one of these huts, but once settled in, I could pass the entire day immersed in a book, rising only to shift my chair back into the shadows. It was glorious, and I plan to go back.

I finished Peattie quickly. Five days left with only Proust, and since I’m someone who MUST READ, that’s what I read. Only to discover the aptness of my choice. Within a Budding Grove ends with a 120-page paean to beach resorts, “Seascape, With Frieze of Girls”. Marcel introduces us to Albertine and obsession; he shows us the power a place has to influence emotions, relationships, cultures, and outlooks.

The kernel of plot here is that Marcel, on a lengthy stay in Balbec with his grandmother, meets the Baron de Charlus (with his creepy two-fingered handshake), Robert de Saint-Loup (the same age as Marcel), and the painter Elstir. He is also entranced by a group of young women who walk and cycle along the beach and other roads, laughing and teasing each other as well as anyone else they see. One of these young women is Albertine, wild and unconventional (when jumping from the promenade onto the beach, she leaps over an elderly man whose top hat she knocks off). Constantly doubting his motivations, Marcel pursues her and is rebuffed. At the end of the season, he leaves Balbec, somewhat chastened. 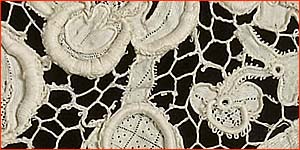 The narrator admits that he was passing through a “silly phase” while in Balbec, particularly in his desire to be noticed favorably. After being introduced to Saint-Loup (“the young Marquis”), he is disappointed to be continually snubbed by the man. He writes,

I thought that … there might be a secret section in the laws that govern the aristocracy which allowed women, perhaps, and certain diplomats to discard, in their relations with plebeians, for a reason which was beyond me, the stiffness which must, on the other hand, be pitilessly maintained by a young Marquis. My intelligence might have told me the opposite. But the characteristic feature of the silly phase through which I was passing — a phase by no means irresponsive, indeed highly fertile — is that we do not consult our intelligence and that the most trivial attributes of other people seem to us then to form an inseparable part of their personality. In a world thronged with monsters and with gods, we are barely conscious of tranquillity.

It’s difficult for Marcel, so desperate for recognition, to find himself attracted to people who choose not to acknowledge him. That two-fingered handshake from Charlus (picture it: “doubling back his little finger, forefinger, and thumb, [he] held out to me his middle and ring fingers … which I clasped through his suede glove”) symbolizes everyone’s non-committal connection to our hero. Except for members of his own family — and the ever present Françoise — no one seems to want to get close to him. 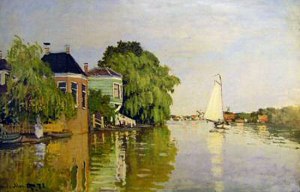 Yet he finds such joy at Balbec. Not just the ocean and front, but the colors, scents, people, action — all send him into swoons of aesthetic joy:

For a convalescent who rests all day long in a flower-garden or orchard, a scent of flowers or fruit does not more completely pervade the thousand trifles that compose his idle hours than did for me that colour, that fragrance in search of which my eyes kept straying towards the girls, and the sweetness of which finally became incorporated in me. So it is that grapes grow sugary in sunshine. And by their slow continuity these simple little games had gradually wrought in me also, as in those who do nothing else all day but lie outstretched by the sea, breathing the salt air and growing sunburned, a relaxation, a blissful smile, a vague sense of dizziness that had spread from brain to eyes.

The warm sun fades; rainy days and chilly nights follow. There is no heat in the hotel. Guests leave and the public rooms are deserted, “as in the lowest hold of a ship when a storm is raging”. Yet, as he is packing, Marcel’s thoughts are of the pleasant days with Albertine and the other young women, of light and color and fragrance. He ends this section with an unforgettable image: A narrow beam of sun shines through a small gap in his room’s dark curtains — “a cylinder of gold with no visible support was placed vertically and moved slowly along like the pillar of fire which went before the Hebrews in the desert.”

And yet, this memory has a negative quality:

In this Balbec to which I had so looked forward because I imagined it only as battered by the storm and buried in fogs, the weather had been so dazzling and so unchanging that … I could always, without once being wrong, [look out and] expect to see the same patch of sunlight folded in the corner of the outer wall, of an unalterable colour which was less moving as a sign of summer than depressing as the colour of a lifeless and composed enamel. … The summer day … seemed as dead, as immemorially ancient as would have been a sumptuously attired dynastic mummy …, embalmed in its vesture of gold.

Marcel doesn’t yet understand all that these months in “this” Balbec (rather than the imagined one) have given him. Again, the theme of reflection on past events for greater understanding of our present selves arises.

1 Response to Proust, the perfect beach-read