The center of attention

The final reblogging from 5 years ago. 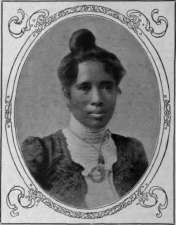 One of the perks of reading Proust is finding out about obscure personages. Although his main characters are his own creations (albeit based on real people), he sprinkles his stories with references to historical figures, references that seem arbitrary — perhaps the author’s version of “Tell Sparta people”.

Queen Ranavalona is one — an obscure ruler of Madascar when the French colonized the island; they eventually deposed her in 1897. She was exiled to Algeria but spent part of each year in Paris.

Her name comes up as Marcel talks about his and his grandmother’s position at the hotel in Balbeque. Recall, from another post, that the hotel’s guests are rather snobbish and eager to comment on everyone else’s status and behavior. Marcel is dissatisfied with his position at the bottom of the heap and misses the notice of people like M and Mme Swann. And then,

… mere chance put into our hands, my grandmother’s and mine, the means of giving ourselves an immediate distinction in the eyes of all the other occupants of the hotel. On that first afternoon, at the moment when the old lady came downstairs from her room, producing, thanks to the footman who preceded her, the maid who came running after her with a book and a rug that had been left behind, a marked effect upon all who beheld her and arousing in each of them a curiosity from which it was evident that none was so little immune as M. de Stermaria, the manager leaned across to my grandmother and, from pure kindness of heart (as one might point out the Shah, or Queen Ranavalo to an obscure onlooker who could obviously have no sort of connexion with so mighty a potentate, but might be interested, all the same, to know that he had been standing within a few feet of one) whispered in her ear, “The Marquise de Villeparisis!” while at the same moment the old lady, catching sight of my grandmother, could not repress a start of pleased surprise. (p. 519)

Of course Marcel’s grandmother and the Marquise know each other, but for complicated reasons they pretend not to, and Marcel must continue to squirm at the low end of the esteem scale. His chance to gain notice must pass, and he seethes with frustration. Oh, the ignominy!

The Narrator gives it all a spin so funny, I actually laughed out loud. Marcel is so self-conscious, as he walks among these people, that he can’t stop thinking about them not thinking about him:

Alas for my peace of mind, I had none of the detachment that all these people shewed. To many of them I gave constant thought; I should have liked not to pass unobserved by a man with a receding brow and eyes that dodged between the blinkers of his prejudices and his education … (p. 517)

Marcel can’t bear that he doesn’t stand out in this crowd of blinkered people with their low brows and low educations, and he is pleased when his grandmother and the Marquise finally deign to recognize and speak to each other. You can almost hear Marcel’s sigh of pleasure. Now people will look at him and think, “He must be somebody!”

I hope that most people, upon reaching adulthood, are relieved to discover that they can pass through the world for the most part unnoticed. How perceptive of Proust to make the young Marcel so self-conscious that he’s actually uncomfortable if people aren’t looking at him (with admiration and envy, of course) — as if his very existence depended on their noting his actions and wondering, “Who could that intelligent, sophisticated, handsome, well-dressed young man be?”

As Maurice Chevalier sings in Gigi, “I’m so glad that I’m not young anymore.”

in no particular order: author, teacher, cyclist, world traveler, single parent. oh, and i read. a lot.
View all posts by Lizzie Ross →
This entry was posted in 2016 Goals and tagged Marcel Proust. Bookmark the permalink.