Before continuing, set the soundtrack for your reading here (but only if you don’t mind reading with some music playing in the background).

“The sea, the sea, the sea.” When she first writes these words, Sophie, 13 years old and eager to leap into adventure, is preparing to sail across the Atlantic in a 45-foot vessel (The Wanderer) with her two cousins and three uncles. Her journal entries before and during the trip often start with these same words, a repeated paean to a life at sea, but with each iteration gradually revealing more of what that life demands. 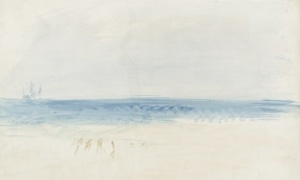 Their voyage starts easily, although with conflict among the crew, both across and within generations. Sophie and her two cousins, Cody and Brian, are on one side of the generation gap. Uncles Mo (Cody’s father), Stew (Brian’s father) and Dock are on the other. The three uncles are brothers, and a history of rivalries and comradeship is revealed at various moments. Cody and Brian, not much older than Sophie, are at times allied with their fathers and at other times rebelling against them. Sophie, as the only girl and with no parent aboard, tries to stay out of it all.

When they start off through Long Island Sound, Uncle Stew sets their first task: each crew member must teach the others something. Brian teaches points of sail, Cody (whose dog-log entries alternate with Sophie’s throughout the novel) teaches juggling, and Sophie teaches the stories their grandfather taught her. 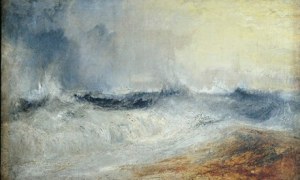 Early on, Sophie learns how to kill and gut fish, repairs the bilge box, and is the only crew member light enough (and fearless enough) to get to the top of the mast via the bosun’s chair. At sea, the chair swings out over the water as it rises or falls, and Sophie loves the feeling of flying out over the waves.

As is usual for Creech, behind the tale of adventure lies an exploration of family ties and belonging. Sophie’s an orphan, and the people she’s traveling with are part of her adopted family. The stories she tells come from their grandfather. But how does Sophie know this man’s stories? He isn’t her grandfather. He had moved back to England before the family adopted her. When her cousins ask pointed questions, she changes the subject or leans over the rail to stare at the ocean. The adults know something but won’t tell the two boys.

For me, Creech’s book sets off echoes of old English poetry, Iris Murdoch’s novels, Conor McPherson’s 2006 play The Seafarer, Turner’s seascapes (for instance, the two paintings above) and Debussy’s music (which you might be listening to right now). Creech prefaces her novel with a brief quote from “The Seafarer“, an Anglo-Saxon poem at least 1000 years old:

This tale is true, and mine. It tells/How the sea took me, swept me back/And forth …

The lines below, from the same poem, remind me of Sophie in her bosun’s chair:

Compare those with an excerpt from Sophie’s journal:

And still the sea called, Come out, come out, and in boats I went — in rowboats and dinghies and motorboats, and after I learned to sail, I flew over the water, with only the sounds of the wind and the water and the birds, all of them calling, Sail on, sail on.

Sophie and the crew of The Wanderer sail on, and the strength of this novel is in how each faces the challenges of their journey.

in no particular order: author, teacher, cyclist, world traveler, single parent. oh, and i read. a lot.
View all posts by Lizzie Ross →
This entry was posted in Adventure, Newbery Award, YA Lit and tagged Sharon Creech. Bookmark the permalink.